Tony and I met in September 2002 at a ballroom dance social at Rutgars University, in New Jersey. We didn’t hit it off right away, but we kept seeing each other at this monthly social. Finally in February 2003, I called up Tony and asked him to meet me in New York City to go dancing. Neither one of us thought this was a date from the onset but it became clear as the night went on that, that was what it was. 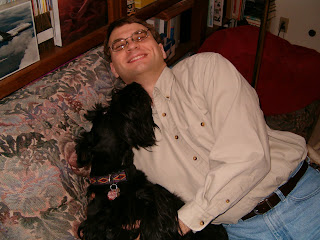 So on April 12, 2003 Tony proposed. We were married on December 6, 2003 during a Nor’Easter, or a large snow storm. It snowed 27 inches (in Boston) on our wedding day. Our wedding was going to be small but this made it smaller. However it was a day that no one that was there will forget. 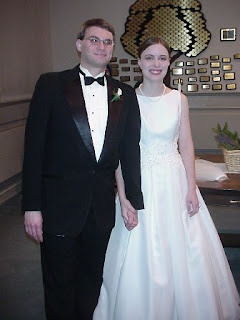 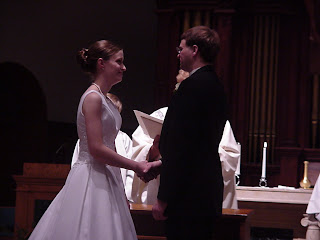 We started trying to have a child right away. However it wasn’t happening. After Tony got a job back in New Jersey we decided to seek help to have a child. 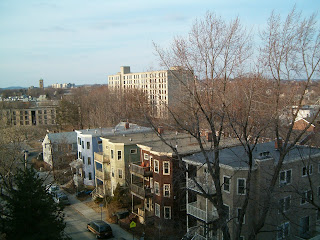 View from our first apartment 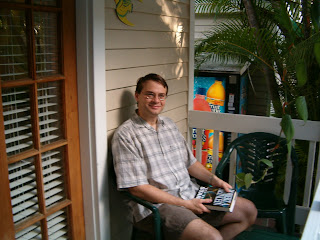 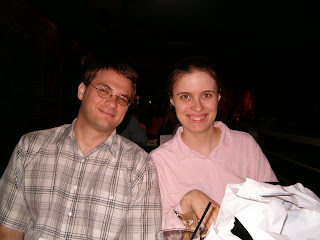 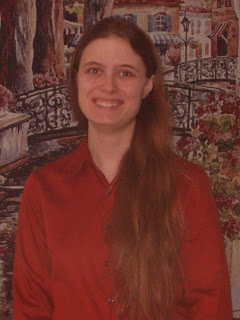 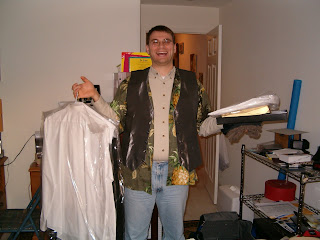 Tony getting ready for a cruise that we took December 2005. 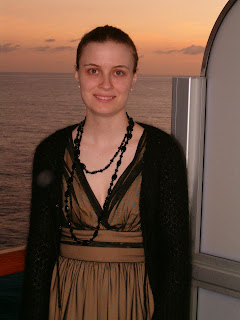 Me on said cruise… I had had my first IUI just days prior to going on this trip. I was taking progesterone supplements the whole trip.

We tried 3 rounds of Clomid (an oral medication) before seeking the help of a specialist.

This blog starts right after our first treated cycle with our Reproductive Endocrenlogist in January 2006. It includes all of the trials and tribulations getting pregnant with our triplets (Christopher, Alexander and Emily), their birth, and their losses (February 2006 – January 2007). We talk about our grieving their loss, the trials and tribulations of going through IVF (twice) and the pregnancy of “Baby D”, Maximillian, “Baby I”, and Nathaniel. It also follows the life of our sons Maximillan and Nathaniel. It is my hope that one day Max and Nathaniel will read the comments and things on this blog and get a real picture of what life was like when they were little.

In October 2009, Jennifer went in for routine monitoring to start a frozen embryo transfer cycle. During an ultrasound, it was discovered that she had enlarged lymph nodes. She was referred to an oncologist and ordered to get an MRI of the area. After some biopsies and more imagery, it was determined that she had lymphoma (Larry).

Fenway (a Cavachon) entered our lives at the end of June 2010. He has been delighting us ever since! He was Jennifer’s reward for finishing radiation treatments and has subsequently turned into Tony’s dog.

“Larry” the lymphoma was officially called gone on August 11, 2010. Jennifer got scans every 3 months for the first year, and got scans every 4 months for the second year. In June 2015 she was 5 years out (cancer free), she is be at no greater risk for cancer then if she never had it to begin with. Officially she is now normal.

On April 18, 2012 Jennifer got oncology clearance to start to go back for one of our 5 frozen embryos.

In July 2012 Jennifer got barely pregnant with “Baby I”. A week later “Baby I” was gone. “Baby J” was transferred in September and was lost shortly there after. “Babies G and H” were both lost to the thaw. Fearing all hope was gone, and facing our poorest quality embryo and our oldest (conceived with “Baby D” and therefore older then Max); we regrouped and put our energy into getting pregnant with our last embryo, “Baby E”. November 20, 2012 we found out Nathaniel had stuck around! Nathaniel was born July 18, 2013.

We are fairly crunchy people with eating vegan, homeschooling and fostering children. We drive an electric hybrid car as well. In our dream world we would use our car only once a month… wait is Covid a dream?? and use mass transit or walking for all of our needs. Sadly, we can’t do that where we live but it doesn’t stop us from doing it (out of pandemic times) as much as we can.

Thank you for taking the time to read our blog and your prayers over the years.